Bruce Michael Dietzen of Florida has built a convertible sports car made from cannabis hemp. He has been promoted as possibly leading the charge in making carbon-neutral vehicles.

He hopes his environmentally friendly car will help remove the negative stigma often associated with the cannabis plant.

“Cannabis hemp is still considered a dangerous drug according to the government. It’s considered as dangerous as heroin or cocaine — it’s insane!” he said. “This green machine is made from three plies of woven hemp, making it lighter than cars made from fiberglass.”

The body of the car, built on a Mazda chassis, is at least 10 times more dent-resistant than steel, so it would fare much better in an accident.

Dietzen was inspired to build the car after hearing about Henry Ford using the material in 1941 to build the world's first soybean-hemp car.

Acquiring the material to build the car was harder than he expected.

“I live in Florida, hemp is still illegal to grow so I had to import the woven material all the way from China because we still don’t have the facilities that can make hemp fabrics,” he said.

In an interview with Ganjapreneur, Westphal discussed his goals to spread awareness about ecological manufacturing using biological composite materials and 3D printing. The piece was published as part of a series of interviews conducted via Ganjapreneur with business owners and investors who specialize in cannabis and hemp.

Westphal discusses how he originally came up with the idea after learning about industrial hemp on the "Joe Rogan Experience" Podcast.

"Joe would bring up the illegality of industrial hemp and the real conspiracy perpetrated by the media during the 1920?s," Westphal said. "He also would discuss Henry Ford’s hemp plastic concept car as a great example of the wide uses of hemp.

"From there I researched to see what happened to this material," Westphal said. "Why is nobody developing with it? And how come bio-plastics and industrial hemp aren’t more prevalent in our society?"

Westphal also discussed his belief that the future of manufacturing will likely hinge on ecological, renewable practices and 3D printing. "Hemp offers many benefits to our current methods of manufacturing paper, textiles, houses, and of course, plastics," he said.

Humanity stands at a crossroads. For nearly two centuries, human civilization has seen its every facet transformed by the machinery of industrial development. During this period of rapid expansion, we have beheld the gracious power of cheap fossil fuels, namely petroleum oil, as our premier source of energy and electricity. But today we are witnessing crude oil prices skyrocket as many economists say we have already reached peak global oil production and will see increasing prices until the supply of petroleum is diminished. As a result, we must expect additional sources of renewable electrical power will sustain economic growth in the coming decades.

For most of human history, the hemp plant has been used as an integral crop of commerce and navigation. Cultures across the globe have utilized hemp as a source of food, rigging and building materials and paper pulp. It is, without a doubt, the most resilient and efficient plant the Earth has ever grown. But not until now has it become quite so necessary to realize the prohibition of hemp and cannabis must be suspended. The arguments against legalization do not stand trial when compared to the immense benefits.

The Ford Focus is spearheading a comprehensive European Recycling Campaign, the car manufacturer has said.

The campaign has created over 300 separate car parts formed with recycling materials and diverts around 20,000 tonnes away from landfill each year.

Sources for this recycled material are everyday items as diverse as plastic bottles, CDs, computers and even denim jeans.

The noise insulation in all Ford vehicles is made from jeans and reclaimed car seat upholstery.

Ford is undergoing developments to create more alternative bio-based materials in order to decrease dependence on oil based products.

Ford researchers are currently developing new materials that include more natural ingredients such as soy flour, hemp and cellulose.

Ancient plant has many uses, from medicinal to industrial

Ever since I first learned what it was, I've been fascinated by marijuana. It's a miraculous plant that can and has been used for a multitude of purposes since at least 8,000 B.C.E.

I feel that marijuana is a vital part of the continuation of our country and the planet, and it should be fully legalized for the use of whatever people see fit, including recreational.

Cannabis can be adapted with any industry, be it agricultural, medical, construction, textile or cosmetic. In Jamestown, Va., in 1619, a law "ordered" all farmers to grow marijuana for the colony. Similar laws were also passed in Massachusetts and Connecticut in 1631 and 1632. In Virginia, during times of shortage between 1763 and 1767, you could actually be jailed for not growing it.

Henry Ford, who designed a vehicle made out of hemp fibers and powered by hemp seed oil, once said, "Why use up the forests which were centuries in the making and the mines which required ages to lay down if we can get the equivalent of forest and mineral products in the annual growth of the hemp fields?"

And it makes sense. Why, as the most powerful country on the planet, would we not utilize the most versatile plant known to man?

From drugs to oil 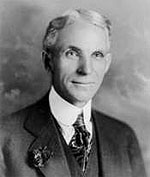 Tycoons fear hemp because it could out compete products in many industries. Marijuana, the psychoactive form of hemp, is truly a medicine that has been mislabeled a drug. Not one death can be attributed to marijuana, a claim not even aspirin can make.

Industrial hemp, contains almost no tetrahydrocannibinol(THC). Hemp can be used to produce fuel, fabric, paper and even furniture. The cannabis plant is one of the most versatile plants in the world.

Though marijuana is less harmful and the effects more mild than alcohol, it is an illegal drug. Simply by smoking this plant, many chronically ill patients feel relief many prescriptions can't provide, and with none of the drawbacks.

Marijuana is not physically addictive, it has never killed anyone, and anyone who really needed it could grow it easily enough themselves. Corporations are scared of the cannabis plant because of all of it's qualities. They would make no profit if everyone could grow their own medicine!

PSA, the French manufacturer for Peugeot and Citroen, has recently initiated its Green Materials Plan. This plan intends to increase car parts made from natural materials 600 percent by 2015. They are making a few parts now that are based on flax and hemp.

PSA's Green Materials Plan focuses on three areas: Biopolymers to replace plastics derived from oil; Natural fibers from flax and hemp mixed with other materials, such as wood chips; And recycled materials from shredded plastic bottles mixed with glass fibers.

The plastic interior door panels made by PSA are already 50 percent flax fibers pressed with wood chips. Other parts, including mirror and windshield wiper mountings, use hemp instead of glass fiber in their material mix.

Oil based plastics in cars make up to 20 percent of a car's weight on average. Of that 20 percent, only six percent is currently green or cellulose based. PSA's goal is to increase that six percent to 30 percent of the plastic used.

Hemp is legal in France, so further advances with hemp for car parts may unfold. Laurent Bechin, PSA's natural-fibers specialist, pointed out that the hemp used does not produce marijuana. "It would need about two tons of this material to produce one joint", he quipped.

Illinois: Toyota Wants To Build A Car From Seaweed

Chicago (IL) - With the entire world looking for green alternatives, Toyota is in talks regarding an ultra lightweight, incredibly efficient plug-in hybrid with a body made of seaweed. The vehicle could potentially be seen in showrooms in 15 years, but it’s definitely not coming any time soon.

The concept builds on the 1/X plug-in hybrid concept that weighs in at 926 pounds. With bioplastics gaining popularity, instead of the vehicle having a carbon fiber body, it would instead be composed of plastic made from seaweed. Toyota believes this is a practice that will begin to catch on with other manufacturers.

Bioplastics are currently being utilized for many things, cellphone cases and gift cards being among those items. According to USA Today, in five years it is expected that demand will increase to 50 billion pounds annually, which would account for 10 percent of the world's plastic market. Bioplastic production requires the use of 30 percent less energy than the production of petroleum-based plastics.

Even though you want be able to see the algae car, Toyota will be showing off three of its awesome hybrids- the next generation Prius, a new Camry concept, and the 1/X which is named for its significantly reduced carbon footprint- at the Melbourne Motor Show.

It was Henry Ford, the American founder of the Ford Motor Company and a prolific inventor, who did some of the earliest work in developing biocomposites -- products that combine organic fibres from agriculture and forestry waste with petroleum-based materials such as plastic.

"He was at the forefront," says Ed Trueman, with JER Envirotech of Delta, B.C.

"If you go back to the early days of Henry Ford, in the late teens and early 1920s, he did an awful lot of development work with soy-based products -- soy-based plastics, soy-based polymers that actually ended up in auto body panels. He was brought up on a farm and he was very concerned about the environment."

Ford was stymied in getting biocomposites widely developed and accepted, Trueman says, by the technological limitations of the time and the ready availability of cheap petroleum.

But recent advances in technology, combined with industry's desire to reduce costs and be environmentally conscious, is moving the field forward,says christian Belanger with the National Research Council.

Belanger says this has a growing number of industries looking at biocomposites for everything from food packaging to car and airplane components.