END_OF_DOCUMENT_TOKEN_TO_BE_REPLACED

Learning from the Past; Looking to the Future 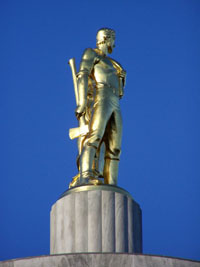 In 1985, the Oregon Marijuana Initiative (OMI), with petitioners including Jack Herer, Paul Stanford, John Sajo and countless others, collected over 87,000 signatures necessary to place the issue of legalization on the ballot.

In 1986, the initiative officially became Oregon's Ballot Measure 5. The measure, which sought to legalize cannabis, united activists' from across the state. By some estimates, cannabis was Oregon's largest cash crop in 1986.

It has been 25 years since that vote and societal attitudes have continued to change toward cannabis. The prohibitionist propaganda has faded with time and the debunking of racist mythology. We are clearer in educating ourselves and others about this valuable plant. Medicinal cannabis has become legal in Oregon and across the country. Farmers are beginning to see the value that hemp could bring to our economy as well with hemp food, fuel, clothing, paper, building materials and so much more.

Oregonians for the Oregon Cannabis Tax Act of 2012 are currently circulating petitions for Initiative 9, to make hemp and cannabis legal in Oregon.

Over the past several years, sixteen states have passed pro-hemp farming legislation, so why are Illinois lawmakers working against the farmer?

Last month, because of years of festering propagandist lies, the Illinois House of Representatives voted against mid-west farmers and their right to grow a viable rotation crop (HB1383 - Illinois Industrial Hemp Act). The bill, which passed a House Agriculture and Conservation Committee by a vote of 11-2 earlier in the same week, would have licensed: individuals desiring to grow, process, cultivate, harvest, possess, sell, or purchase industrial hemp or industrial hemp related products. In many cases, an alternative rotation crop, such as hemp, could possibly save the multi-generational farms from foreclosure.

"The fiber from industrial hemp is one of the strongest natural fibers known, and it is present in bundles that surround the main stem. Industrial hemp fiber applications include uses in textiles, cordage, construction materials, paper products, and bio-composite plastics," according to Donald P. Briskin, Professor of Plant Biochemistry/Physiology, Department of Natural and Environmental Sciences at the University of Illinois.

Oregon Hemp History, Connecting the Past to the Future 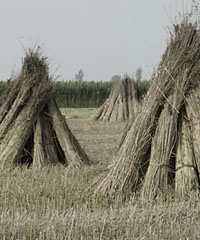 Conde explains in a 2005 Mycotopia blog, "We asked if [Maulberg] would consider trying some hemp fiber to make some experimental hemp MDF, and his reply was, 'You bet, hemp is the King Cong of fiber. I would love a chance to work with some."

Excitedly, Conde and team began the process working with Maulberg on creation and testing of the hemp MDF. It was soon discovered how strong the hemp fiber truly was, as the full-length hemp fibers jammed both of the processing machines and brought things to a standstill. The process for breaking down the fibers was redesigned and restarted with ultimate success.

2010: A Year to Remember; Ten Stories on Hemp and Cannabis Reform

"There is absolutely nothing wrong with the responsible use of marijuana by adults and it should be of no interest or concern to the government. They have no business knowing whether we smoke or why we smoke." Keith Stroup, NORMLCON 2010

(WASHINGTON, D.C.) - Today, high-ranking officials from the United States and Mexico concluded a three-day conference meant to outline ways the two nations could reduce the illicit drug trade-associated violence that continues to plague the U.S.-Mexican border.