END_OF_DOCUMENT_TOKEN_TO_BE_REPLACED

"This election will prove to be the most historic election in Kentucky history. Kentucky can step forward by electing a leadership team that will serve our Nation as an example of how government can work for the people, by the people." - Gatewood Galbraith 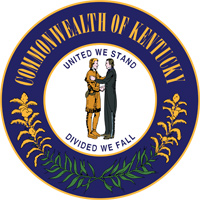 Gatewood Galbraith is currently campaigning for Kentucky's 2011 gubernatorial race as an Independent, free from any party affiliations, and describes himself as free from hidden agenda. Galbraith is focusing his campaign on young voters by proposing a freeze on college tuition expenditures, a $5,000 educational voucher to high school graduates for college or technical school, and legalization of cannabis for medicinal purposes, which he estimates could save the state $500 million to $1 billion in medical costs each year. His pledge is to end the "synthetic subversion" in his state.

It is this writer's belief that Galbraith is the change Kentucky, and our country, needs. He would be an intuitive Governor, helping to create thousands of jobs by implementing his forward-thinking plans. Bottom-line, he is running for the betterment of Kentucky, which has been plagued by perennial problems.

A Note from Gatewood: When people ask....

Why do you continue to run - I continue to run not just to express my own convictions but to answer the call of the people who continue to ask me to run in the hope that my election will ensure our government will again begin to work the way our founding fathers intended; to serve as a representative of the people and those laws so brilliantly laid out in order to form the most admired government in the World.

What are your chances at a win - I am in a better position now than ever before. After having run so many times, I recognize that Kentuckians now realize our Commonwealth's continued economic, social and statistical decline is directly related to the victories of my previous opponents and the continuing dysfunctional government plaguing Kentucky election after election.

What party are you - I inform them that I have stepped outside traditional political lines to run as an Independent. An Independent who will serve the agenda of the people and not get caught up in partisanship, bickering and cronyism. I will freely give credit and blame to those who deserve it most.

When I experience skepticism - I remain convinced that together we can in fact affect Real change. Change first comes in the hearts of the people, which in turn will motivate their actions. If my candidacy somehow inspires each of you then I have effected much needed change. My election will mend Kentucky's broken government so that our great Commonwealth and her great People become the example as to how it is done rather than what not to do. I have, more than any other candidate, earned the vote of the people of Kentucky. I will continue to run until Kentuckians are duly served. Together we Can and Will restore Kentucky to prosperity.

"He's smart and funny and he speaks the truth. He's a champion for the farmers and the working men and women of the world…" - Willie Nelson

For more information about the campaign: Please see http://www.gatewood.com/