END_OF_DOCUMENT_TOKEN_TO_BE_REPLACED

U.S.: Delaware on track to legalize recreational marijuana next year 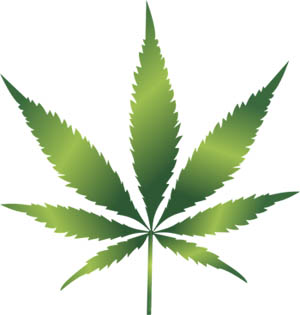 Delaware could very well live up to its nickname and become the first state to legalize marijuana through legislation, as the Adult Use Cannabis Task Force continues the effort to study the possibility.

The task force, comprised of several state agencies, was formed earlier this year through a concurrent resolution passed by the General Assembly to study the outcome of regulating and taxing marijuana for recreational use in Delaware for adults 21 and older.

The task force, co-chaired by State Senator Margaret Rose-Henry and State Representative Helene Keeley, has met once a month since its inception to discuss and study the possibility of legalizing marijuana recreationally.

Zoe Patchell, President of the Delaware Cannabis Advocacy Network, has attended every single task force meeting and said "progress is definitely being made," and the state is "one step closer to legalization."

"Different agencies have been making recommendations based on their needs and areas of focus. For example: the Department of Health has recommended stringent and robust labeling as well as strictly organic cultivation for this plant, all of which we agree with," Patchell said. "The Department of Finance informed the task force that the taxes will likely exceed the initial projections and net Delaware anywhere from around $25-27 billion in tax revenue annually.

"The Department of Safety and Homeland Security reported that legalization would reduce the dangerous criminal market. We are excited about this very serious and necessary conversation taking place. Progress is definitely being made and we are one step closer to legalization, and it seems that the state is finally recognizing the complete and utter failure that cannabis prohibition is, and are now having the necessary conversations to repeal this failed, costly policy and keep our state economically competitive."

House Bill 110, if passed, would create a marijuana regulation fund which would consist of taxes collected on marijuana, license feeds paid by marijuana businesses, and any fines imposed on them.

"It's an opportunity to create a new industry that would include agricultural, processing and retail jobs throughout the state," said Rep. Keeley. "This bill creates professional, well-regulated framework for marijuana production and sales for adult use; it provides protections for residents while generating revenue for various programs throughout the state."

On Wednesday, the next task force meeting is scheduled to take place and will focus on public safety issues regarding legalization. The task force will issue a detailed report and recommendations from over the course of its study to the state next year.